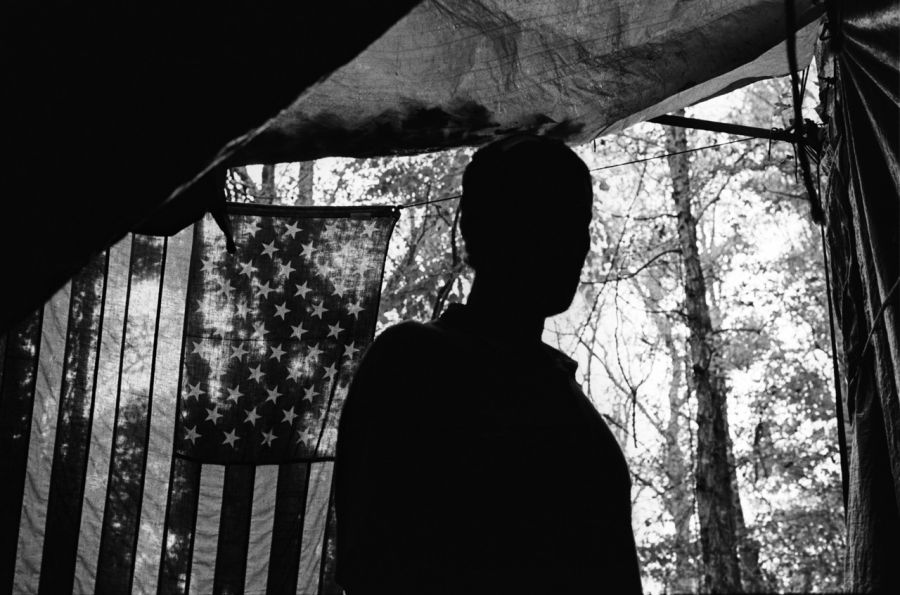 In Documentary Engagement, Alex Harris and colleagues Liisa Ogburn and Elena Rue teach students how photography and audio can be used as tools for social engagement.

Each year in this seminar, students focus their documentary work on a policy-related issue of both local and national importance.

This course is based on the premise that the best documentary work requires both technical and human skills. As descried below, students in the fall 2010 and 2011 sections of the class have become well informed about the issue of homelessness. Service-learning is a vital component of the class, helping students to accomplish the following:

Understanding the Roots and Complexities of Homelessness

Is it possible to truly appreciate, understand, and convey what it means to be homeless?

In fall 2010 and 2011, the class focused on the issue of homelessness in Durham. The class partnered with local agency Housing for New Hope (HNH), pairing each student with a homeless or formerly homeless person to create a cumulative portrait of people on their journey out of homelessness and towards a home of their own.

The 2010 and 2011 class projects have been compiled on a website called Coming Home: Stories of Finding Home Again.

Students spend the semester learning to use their cameras and digital recorders and the software necessary to edit their work into a tight audio-visual essay. They learn about homelessness broadly, looking at other documentary works, and most importantly, visiting once or twice a week with the individual they are paired with in various settings:

Duke Today
"The course provided Housing for New Hope with materials to tell its story and to raise more than $10,000 in its recent fundraiser."

CDS Porch
“Our idea for the class was to try to figure out an authentic way to enable a range of homeless or formerly homeless people to tell their stories, not just the stories of how they became homeless, but also their stories of moving out of homelessness and back into society, as well as their dreams for the future,” said Professor Alex Harris.

"With one click, a camera can capture a fleeting moment, in all its emotions, voices, and stories.  And a camera can make visible those previously unseen by the broader population."

"I began to understand the potential of documentary work to create not just a final report, but also to help publicize and sustain important programs."

"I became personally invested in this dire issue of homelessness that looms over Durham. As one former resident said, homelessness “can happen to anyone…It’s not a matter of moral deficiency.” I learned tremendously from the women at Dove House and gained a real world perspective outside of the classrooms at Duke."